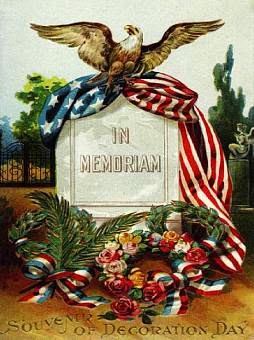 Author: Jane Austen
Recommended Reader Age: Adult
Of course the original will always be my favorite!

"Sense and Sensibility is the story of two sisters; pragmatic Elinor and passionate, willful Marianne. When their father, Henry Dashwood, dies, by law his estate must pass to the eldest son from his first marriage. Suddenly homeless and impoverished his current wife and daughters find themselves living in a simple country cottage. The two sisters are soon accepted into their new society. Marianne soon becomes swept up in a passionate love affair with the dashing Willoughby, while Elinor struggles to keep a tight reign on the family purse strings and to keep her feelings for Edward Ferrars, whom she left behind, hidden from her family. Despite their different personalities, they both experience great sorrows in their affairs, but they learn to mix sense with sensibility in a society that is obsessed with both financial and social status."
~from the back cover of Sense and Sensibility
No comments:

Sense and Sensibility and Sea Monsters

Book 2 of the His Dark Materials trilogy, the Subtle Knife

"Having slipped through a newly formed astral portal, the intrepid Lyra finds herself in the beautiful, haunted world of Cittagazze--a city where soul-eating Specters walk the streets and the wingbeats of distant angels sound against the sky. But she is not without allies. For young Will Parry, in search of his father, has stumbled into this strange new realm via a magic gateway.
Together the enlightened pair forge ahead on a perilous journey between worlds teeming with witches, angels and sorcery--and uncover a deadly secret: an object of extraordinary and devastating power. But with every step, they move closer to an even greater threat--and the shattering truth of their own destiny..."

~from the back cover of The Subtle Knife

Book 1 of the His Dark Materials trilogy, The Golden Compass

"Lyra Belaqua is content to run wild among the scholars of Jordan College with her daemon familiar always by her side. But the arrival of her fearsome uncle, Lord Asriel, draws her to the heart of a deadly struggle--a struggle born of Gobblers and stolen children, witch clans and armored bears. And as she hurtles toward dangers in the cold far North, young Lyra never suspects the shocking truth: she alone is destined to win, or to lose, this more-than-mortal battle."

~from the back cover of The Golden Compass